Somerton, a small town and a parish in Somerset. The town stands on an eminence adjacent to the river Cary, 5 miles ENE of Langport station on the G.W.R. It has a post, money order, and telegraph office. Acreage of parish, 6620; population, 1962. Somerton was a residence of the West Saxon kings, and gave name to Somerset; suffered devastation by the Danes in 877; had anciently a castle, in which King John of France was confined; is now a seat of petty sessions, and has two banks, a town-hall, an ancient market-cross, a police station, an endowed school, almshouses for both men and women, and several annual fairs. The living is a vicarage in the diocese of Bath and Wells; net value, £320 with residence. Patron, the Earl of Ilchester. The church is an ancient stone edifice in the Decorated style, with an embattled octagonal tower. The building was thoroughly restored in 1889. There are also Congregational, Wesleyan, and Bible Christian chapels, and a Friends' meeting-house. In the town is a shirt and collar factory and a brewery.

The Phillimore transcript of Marriages at Somerton 1697-1812, Somerset is available to browse online.

We have transcribed the entry for Somerton from the following:

Online maps of Somerton are available from a number of sites: 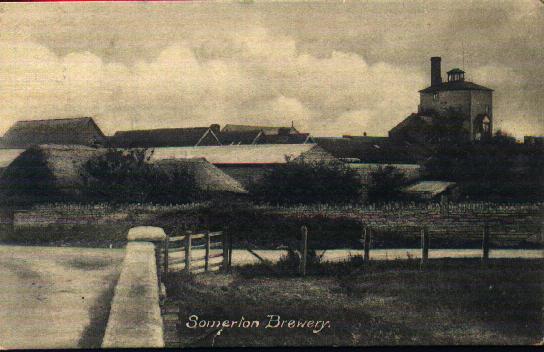