Martock, a village and a parish in Somerset. The village stands near the river Parrett and near the Fosse Way, with a station on the G.W.R., 140 miles from London, and 6½ NW by W of Yeovil. It has a post, money order, and telegraph office. It was once a market-town, and has a market-cross and a church. The market-cross consists of base and steps of old date, and a surmounting fluted column of newer date, bearing a sun-dial, a gilt ball, and a vane, The church, claiming to be the largest parish church in Somerset, has accommodation for 6000 worshippers; is in the Perpendicular English style; comprises nave, aisles, transepts, and chancel, with a tower; and was thoroughly i estored in 1883. The roof of the nave is of beautifully carved dark oak, and dates from about 1490. Pinnacled archways of the year 1627 give entrance to the churchyard. The chantry house, an edifice of the 14th century, now divided into separate tenements, but still in good preservation, stands opposite the churchyard, and the refectory of it has an open timber roof and some richly carved corbels. There are Congregational and Wesleyan chapels. A cattle fair is held the first week in August, and a cattle auction sale fortnightly. The parish contains also the chapelry of Long Load, and the hamlets of Ash, Bower Hinton-with-Hurst, Coat, Milton, Stapleton, and Witcombe. Acreage, 7226; population of the civil parish, 2848; of the ecclesiastical, 2155. Martock, with Ash and Load, under the Local Government Act of 1894, has twelve parish councillors. Ash and Load have, however, applied to be made separate parishes, and when this is effected the number of councillors for Martock will be eleven. The living is a vicarage in the diocese of Bath and Wells; value, £260 with residence. Patron, the Bishop of Bath and Wells. The vicarages of Ash and Long Load are separate benefices. Glove-making gives employment to a large number of the inhabitants. There are a public hall and police station.

The Phillimore transcript of Marriages at Martock 1559-1812, Somerset is available to browse online.

The parish registers date from the year 1558.

The church of All Saints is a very fine building of Ham stone in the Perpendicular style, consisting of chancel, clerestoried nave of five bays, transept, aisles, south porch and an embattled western tower containing a clock and 8 bells: the handsome carved roof and the seats are of oak: there are several mural tablets: the east window is Early English: in 1883 the chancel roof, the greater part of the interior of the church and the organ were thoroughly repaired: a new pulpit was also erected and the churchyard put in order at a total cost of £2,360: there are sittings for 1,000 persons.

There is a Congregational chapel, founded in 1791, with 350 sittings.

We have transcribed the entry for Martock from the following:

Online maps of Martock are available from a number of sites:

Below are some images of Martock postcards from the early 20th century. 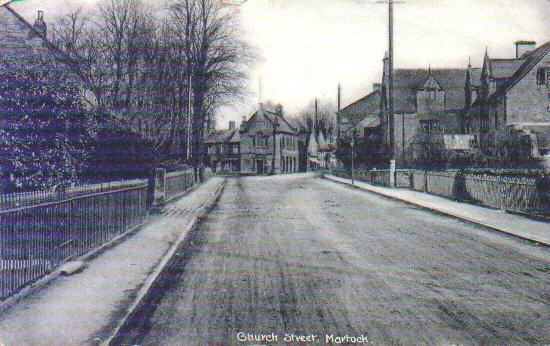 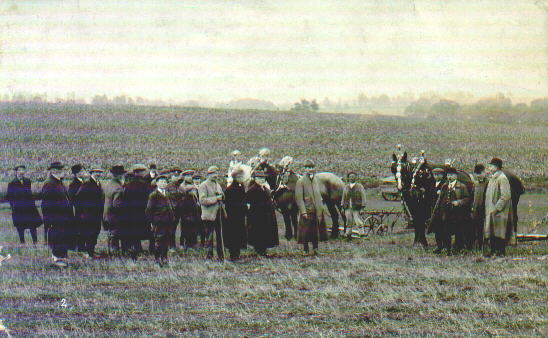