Langport, a town and a parish in Somerset. The town, on the river Parret, has a station on the G.W.R., 145 miles from London, and a post, money order, and telegraph office. It was known at Domesday as Lanporth, was then a royal borough, sent members to Parliament in the time of Edward I., was occupied for some time in 1644 by the Royalists, and under a charter of James I. was governed by a portreeve, two bailiffs, and other officers, but this was abolished in 1883 by the Municipal Corporations Act. It was anciently much larger than now, and it is said to have been engirt with moated fortifications, but it now shows no trace of having been fortified. It is situated mostly on a small ascent contiguous to a rich plain extending northward, westward, and southward, and it possesses two fine commons and a moor. It consists chiefly of two streets, and the main one is very narrow, but leads up to an extensive and beautiful view. The town has a bank, a good inn, a stone bridge over the Parret, a town-hall and market-place, a subscription reading-room, a museum, a temperance hall, a church, Congregational and Baptist chapels, a free grammar school, and charities; is a seat of petty sessions and county courts, and publishes a weekly newspaper. An old building called the Hanging Chapel, over an archway used as a Sunday school-room, is so situated there as to appear overhanging or uplifted. The Huish Episcopi, a fine ancient tower, is also near this place. The grammar school was founded in 1675 by Thomas Gillett, and has an endowed income. A lepers' hospital was founded at the town in 1312, and an intention was for a time entertained by Henry I. of founding here the abbey which he afterwards founded at Reading. A weekly market is held on Tuesday, cattle markets are held on the second Tuesday of every month, and large markets are held on the second Tuesday of March and December. Considerable transit traffic is carried on, both by the railway and the river. Area of the parish, 169 acres; population, 890. The church of All Saints is an ancient building of stone in the Perpendicular style, and contains some good stained glass windows. The living is a vicarage in the diocese of Bath and Wells; gross value, £280 with residence. Patron, the Archdeacon of Wells.

We have transcribed the entry for Langport from the following:

Online maps of Langport are available from a number of sites:

Below are some images of Langport postcards from the early 20th century. 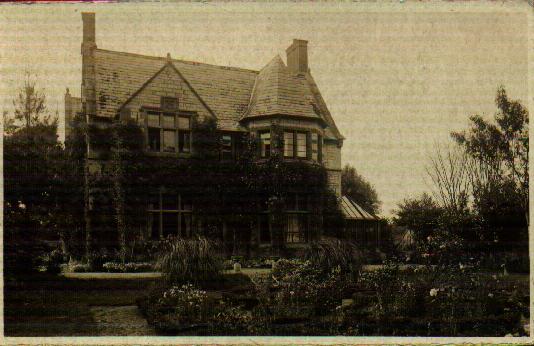 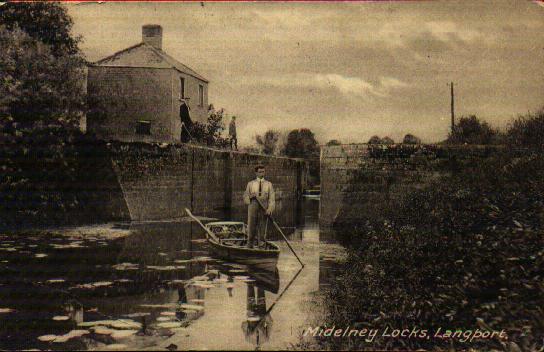