Isle or Ile Brewers, a parish, with a village, in Somerset, on the river lie, adjacent to Isle Abbots, 5 miles from Hatch station on the Chard branch of the G.W.R. Post town, Taunton; money order and telegraph office, Hambridge. Acreage, 1356; population of the civil parish, 290; of the ecclesiastical, 200. In 1885 portions of North and South Bradon were incorporated with this parish, which is principally pastoral and agricultural. The living is a vicarage in the diocese of Bath and Wells; value, £170 with residence. Patron, the Prince of Wales. The church was rebuilt in 1861, is in the Gothic style, and comprises nave, chancel, and S porch, with tower and spire with four bells. Dr Joseph Wolff was vicar.

The Phillimore transcript of Marriages at Ile Brewers 1705-1812, Somerset is available to browse online.

The register dates from the year 1692.

The church of All Saints is a building of stone in the Gothic style, rebuilt in 1861, and consisting of chancel, nave, south porch and a tower on the south side with spire and containing 4 bells: there are sittings for 185 persons. 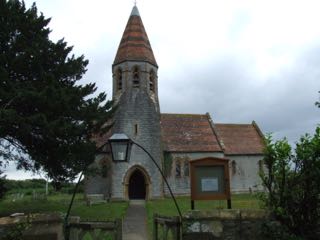 We have transcribed the entry for Isle Brewers from the following:

Online maps of Isle Brewers are available from a number of sites: