Fivehead, a parish in Somerset, 4¼ miles SW of Lang-port town and station on the G.W.R. It includes the tith-ings of Carthanger-cam-Stowey, and a small portion of Burton Pynsent,and has a post office under Taunton; money order and telegraph office, Curry Rivel. Acreage, 1851; population of the civil parish, 415; of the ecclesiastical, including Swell, 525. The living is a vicarage, united with the rectory of Swell, in the diocese of Bath and Wells; joint gross value, £289 with residence. Patrons, the Dean and Chapter of Bristol. The church is ancient, with a tower, and has a brass of a richly-dressed woman.

The Phillimore transcript of Marriages at Fivehead 1656-1812, Somerset is available to browse online.

The parish register dates from 1654, but is imperfect.

The church of St. Martin is an ancient edifice of stone in the Perpendicular style, consisting of chancel, nave of four bays, south aisle, south porch and an embattled western tower restored in 1910, and containing 6 bells: there are memorials to the family of Elyott, 1729-49; Caroline, daughter of Sir Edmund Wyndhalll, of Kentsford, 1721; Hugh Pine, of Cathanger esq. and Mabella, his wife, 1618-28; and Robert Fairhill, minister of Fivehead, 1666; here also are buried John Walshe, justice of the Common Pleas, 1563-72, in which latter year he died, and his wife Jane (Broke): there is a piscina in the Langford chapel and also fragments of the Beauchamp arms, and there is an aumbry in the north wall of the chancel, and in the nave is a brass (restored and replaced in 1907) to Jane, daughter of Sir John Walshe, of Cathanger, and wife of Sir Edward Seymour, eldest son of Edward, Duke of Somerset, Lord Protector, who died about 1565; a memorial window was erected in 1901 by the Alford family, to William Norman, surgeon, born in this parish 26th March, 1778, died at Ashfield, Taunton, May, 1855: the church affords sittings for 235 persons.

There is a Baptist chapel, erected in 1828, with sittings for 220 persons. 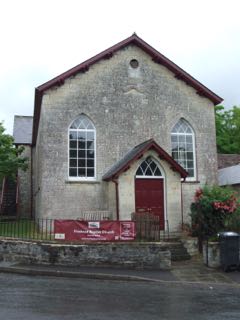 We have transcribed the entry for Fivehead from the following:

Online maps of Fivehead are available from a number of sites: