Stalbridge, a small town and a parish in Dorsetshire. The town stands on an affluent of the river Stour, with a station on the Somerset and Dorset railway, 116 miles from London, and 6 E by N of Sherborne. It has a post, money order, and telegraph office under Blandford. It was known at Domesday as Staplebridge, contains a beautiful ancient cross, about 30 feet high, and has four inns, two banks, and a fortnightly market on Thursday, and fairs on 6 May and 4 Sept. The parish includes four tithings. Acreage, 5882; population, 1705. There is a parish council of eleven members and a chairman. The manor belonged to Sherborne Abbey; passed to the Seymours, the Audleys, the Boyles, and the Walters, and belongs now to Lord Stalbridge. The living is a rectory in the diocese of Salisbury; gross value, £900 with residence. Patron, Corpus Christi College, Cambridge. The church is a stone building in the Perpendicular style, and has been enlarged and restored at great cost. There are Congregational and Wesleyan chapels. Stalbridge gives the title of Baron to a member of the Grosvenor family.

We have transcribed the following census returns for Stalbridge:

The parish register of baptisms, marriages and burials begins in 1690, the earlier registers having been lost at some period. The original register books are now deposited with the Dorset Archives Service, but have been digitised by Ancestry.co.uk and made available on their site (subscription required).

The Phillimore transcript of Marriages at Stalbridge 1690-1812 is online. 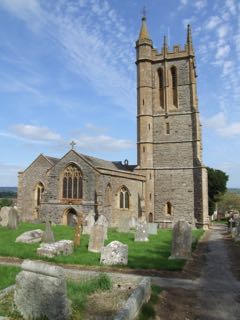 The parish church of St. Mary is a building of stone, chiefly in the Late Perpendicular style, stands on a commanding position at the north end of the town, and is a conspicuous landmark in the vale of Blackmore; it consists of chancel, nave of three bays, aisles, transepts, organ chamber and vestry, south porch and an embattled western tower, with pinnacles, containing a clock and 6 bells: it was considerably enlarged in 1840, and in 1866 the tower was entirely rebuilt at a cost of £2,000 by the late Rev. W. Boucher, of Thornhill: further work to the North and West sides of the church yard, and levelling of ground was carried out by Mr George Curtis, the local master mason, in 1874 at a total cost of £83 13s 0d. In 1878 the church underwent an entire restoration under the direction of Mr. T.H. Wyatt, architect, when it was reseated with open benches and the length of the nave increased by one bay: in 1926 the bells were rehung and retuned (one being recast), at a cost of £450 by Messrs. Mears and Stainbank: in 1928 the roof timbers were extensively replaced and protected against dry rot and beetles; there are 500 sittings. The body of Sir James Thornhill, the famous artist, was interred in the crypt on the 10th of May, 1734 although the exact location is now unknown due to the later 19th century alterations. 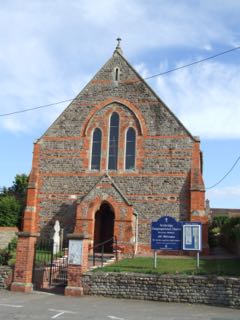 The original Congregational chapel was erected in 1662, in Guggleton Street (now Station Road), almost opposite the present building, which was built in the 19th century. The entrance to the old chapel later became the town pump house, which can still be seen today. The new Congregational Church was registered for solemnization of Marriages on 23rd December 1871. 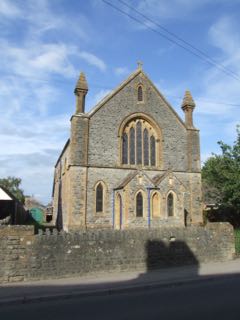 The Methodist Chapel, Ring Street, was registered for solemnization of Marriages on 29th September 1880. It is now closed and in private hands.

Stalbridge was a sub district in the Sturminster Registration district from 1837 to 1901. It contained the following parishes:
Caundle Stourton, later Stourton Caundle, Fifehead Magdalen, Lydlinch, Marnhull, Stalbridge, and Stock Gaylard. It later became a part of the Sturminster sub district until 1974.

For births, marriages, and deaths in Stalbridge from 1837 to 1974 you should search for the Sturminster Registration District.

A list of the Patrons and Rectors of St Mary, Stalbridge

We have transcribed the entry for Stalbridge from the following:

We have a database containing genealogical information for many of the major North Dorset families. It contains data from census, parish registers, and other sources.

Online maps of Stalbridge are available from a number of sites:

We have photographed many of the headstones in St. Mary's Church graveyard.

The Protestation returns for Stalbridge are available on the Dorset OPC web site.