Worlington, East, a parish in Devonshire, 5 miles NE of Lapford station on the L. & S.W.R., and 6 E of Chulmleigh. It has a post office under Morchard Bishop; money order and telegraph office, Witheridge. Acreage, 5348; population of the civil parish, 419; of the ecclesiastical, 219. There is a parish council for East and West Worlington consisting of seven members. Roman coins and ums have been found, and remains exist of a curious ancient cross. The living is a rectory in the diocese of Exeter; gross value, £240 with residence. Patron, the Earl of Portsmouth. The church is a building of stone with an embattled tower, and was almost entirely rebuilt in 1879. There is a Bible Christian chapel.

The parish register dates from the year 1725. 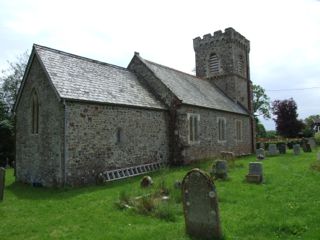 The church of St. Mary, thoroughly restored and almost rebuilt in 1879 by the 5th Earl of Portsmouth at a cost of £1,000, is a building of stone, consisting of chancel, nave, south porch with a Norman doorway, and an embattled western tower containing 4 bells: there is a monument in the chancel to the members of the Nott family, dated 1704, and one in the nave to the Rev. Benjamin Clay M.A. a former rector, d. 1763. 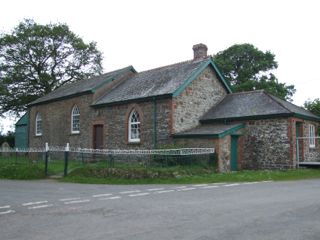 We have transcribed the entry for East Worlington from the following:

Online maps of East Worlington are available from a number of sites: