Harbertonford, a hamlet and an ecclesiastical parish formed out of Harberton parish, Devonshire. The hamlet lies near Harberton village, has a post and money order office, designated Harbertonford; telegraph office, Totnes, and contains the edge-tool manufactory of the parish and a large woollen factory. The ecclesiastical parish was constituted in 1860. Population, 608. The living is a vicarage in the diocese of Exeter; value, £275 with residence. Patron, the Vicar of Harberton. There are Congregational and Baptist chapels.

The register dates from the year 1859. 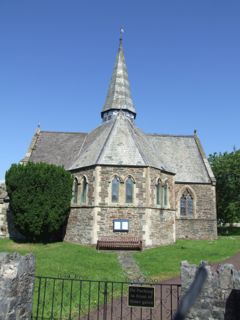 The church of St. Peter is a building of stone in the Decorated style, erected in 1859, and consists of chancel with apse, transept, nave, north porch and a small belfry with spire, containing one bell, dated 1859: the chancel windows are stained: the church will seat 280 persons.

Online maps of Harbertonford are available from a number of sites: