Ruyton of the Eleven Towns, Shropshire

Ruyton-of-the Eleven-Towns, a village and a parish in Salop. The village stands on the river Perry, 2½ miles W by S of Baschurch station on the G.W.R., 9 SE of Oswestry, and 10 NW of Shrewsbury; is thought by many antiquaries to occupy the site of the Roman station Rutunium, was once a market-town, and has a post, money order, and telegraph office under Shrewsbury. The parish contains also the townships of Cotton, Eardiston, Shelvock, Shotatton, and Wykey. Acreage, 4828; population, 1105. There is a parish council consisting of eleven members. Ruyton Park and Ruyton Towers are the chief residences. The living is a vicarage in the diocese of Lichfield; net value, £260 with residence. Patron, the Bishop of Lichfield. The church is Norman and Perpendicular, and was restored in 1868. There are Primitive Methodist and Congregational chapels.

Findmypast, in association with the Shropshire Archives have the Baptisms, Banns, Marriages, and Burials online for Ruyton of the Eleven Towns

The existing parish registers date from 1719 only, the earlier ones having been destroyed by fire, but transcripts of these are preserved in the Diocesan Registry at Lichfield.

The church of St. John the Baptist is an ancient building of stone in the Norman and Perpendicular styles, repaired and enlarged in 1845, and consisting of chancel, nave of four bays, north aisle, south porch and an embattled western tower containing 6 bells: the chancel, an interesting example of Early Norman work, and containing two aumbries, was restored in 1864, and the body of the church in 1868: in 1903 new choir stalls of teak were provided: the stained east window is a memorial to Margaret Kynaston, d. 12 Sept. 1845, and Anne Kynaston, d. 8 Oct. 1838, both of Shrewsbury: two windows were inserted on the south side in 1885 to R. R. Minton esq. of Rock Ferry, who died 2 Dec. 1879; and there are several other stained windows, including a dormer window in the chancel placed in 1903 to Col. Walford D.S.O.: in the chancel is a brass to Alexander William Hunt, lieut. 13th Bengal Lancers, son of the Rev. T. H. Hunt, of Ruyton Park: the reredos is a memorial to the Rev. F. P. Wilkinson, vicar here 1859-93: the church affords 450 sittings: a new porch was erected in 1892 by Mrs. Minton, of the Hursts, Rock Ferry, in memory of her husband and two sons: the site of the old castle, which is close to the church, was purchased by the parish in 1881 from R. R. Minton esq. and is now thrown into the churchyard: the lych gate was erected in 1887 to the memory of Cecil Parker Wilkinson, lieut. R.N., H.M.S. Dolphin, died at Gibraltar, 25 July, 1887, and Wilfred Paget Wilkinson, died 7 Dec. 1886. sons of the Rev. Frederick Paget Wilkinson. A sheltered oak seat in the churchyard was presented in 1904 by Robert Lloyd Kenyon esq. of Pradoe, in memory of his mother. 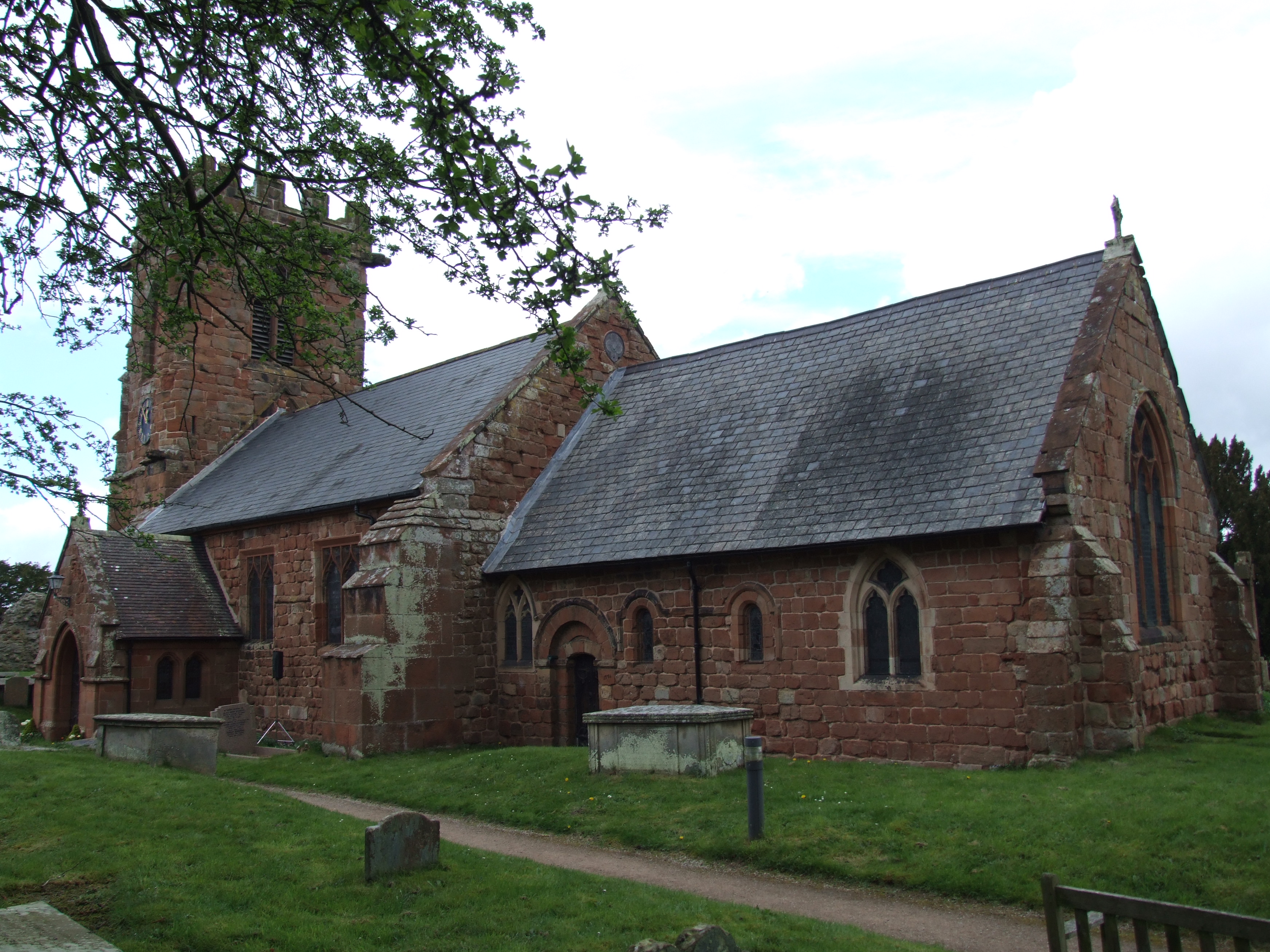 There is a Congregational chapel, built in 1883, with 250 sittings.

There is a Primitive Methodist chapel, built in 1860, wth 180 sittings.

There is a Primitive Methodist chapel, at Black Bow Hill, erected in 1892.

We have transcribed the entry for Ruyton of the Eleven Towns from the following:

Ruyton of the Eleven Towns