Acton-Burnell, a village, a township, and a parish in Salop. The township lies 4 miles ENE of Dorrington station on the Shrewsbury and Hereford Joint (L. & N. W. and G. W.) railway, and 8 SSE of Shrewsbury, and it has a post office under Shrewsbury; telegraph office, Dorrington. Population, 228. The parish contains also the townships of Ruckley and Langley, and the hamlet of Acton-Pigott. Acreage, 1656; population, 306. Acton Park is the seat of the Smythes, in whose family it has remained since the time of Charles II. It is a fine Grecian mansion of white stone, with a spacious wooded park, well stocked with deer; and on the suppression of the religions houses in France at the time of the Revolution, it was the refuge of several communities of monks. A ruin on Acton Hill, with very thick walls and curiously carved pointed windows, is part of a castle which was built in the 13th century, and belonged to the family of Burnell. The lords of Edward I.'s Parliament of 1283, which passed "Statutum de mercatoribus," sat in a hall of an older castle (of which a couple of gables still remain), while the commons sat in an adjacent barn. The founder of the estate was Sir Robert Burnell, who was made Bishop of Bath and Wells and Lord Treasurer and Lord Chancellor by Edward I., to whom he had been tutor. In the 15th century the property passed to the Lovells, was forfeited to the Crown on the accession of Henry VII., and was granted by Henry VIII. to the Earl of Surrey. The Church of St Mary, an ancient and very beautiful building in the Transitional style, contains some good monuments and brasses. The living is a rectory in the diocese of Lichfield; net value, £297.

Findmypast, in association with the Shropshire Archives have the Baptisms, Banns, Marriages, and Burials online for Acton Burnell

The register dates from the year 1568.

The church of St. Mary, an ancient building of stone, in the Transition style between the Early English and Decorated periods, consists of chancel, nave, transepts, north porch and a tower on the north side containing 3 bells: there is a monument, with kneeling effigies, to Sir Humphrey Lee bart. and Margaret (Corbet), his wife, 1632, and a beautifully carved altar-tomb to Sir Richard Lee kt. with effigies of himself and wife, 1591: on a high tomb in the north transept is the fine military brass to Sir Nicholas Burnell, d. 19 Jan. 1382; the effigy is in complete armour, including acutely pointed bascinet with camail, shoulder and elbow pieces; the legs are protected by plate only, and the sollerets are long and pointed; from a belt round the hips depends a long sword and a dagger, and behind the feet reposes a very fine lion; the figure is within a tall ogee crocketed canopy, above which is an inscription: there are also brass inscriptions to Eliza (Bright), wife of --- Whitney, c. 1650; Margaret (Unton), wife of Thomas Smith, 1655, and Martha Trovell, 1660: the church was thoroughly restored, an organ added and new heating apparatus fixed in 1890.

We have transcribed the entry for Acton Burnell from the following:

Online maps of Acton Burnell are available from a number of sites: 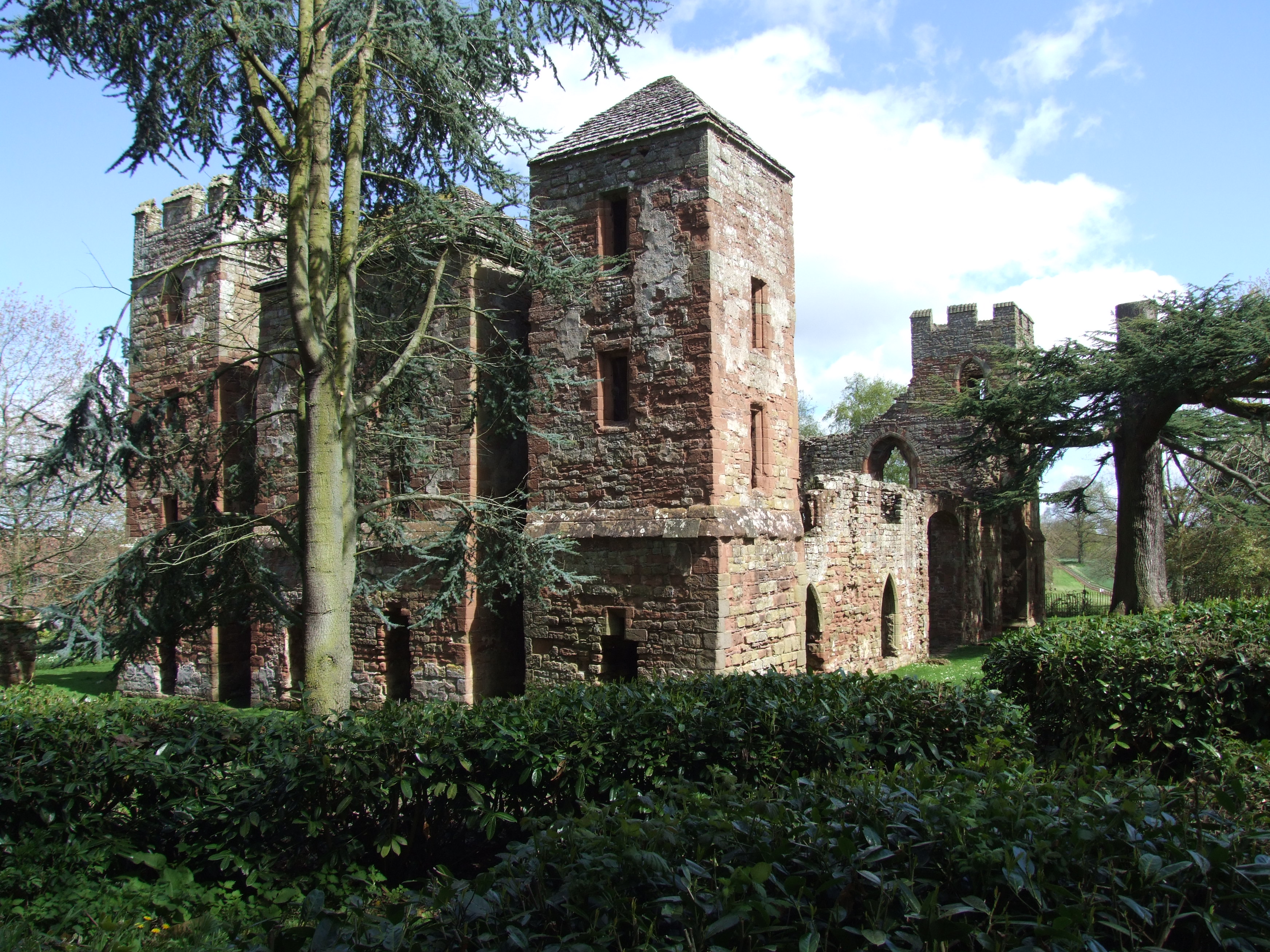