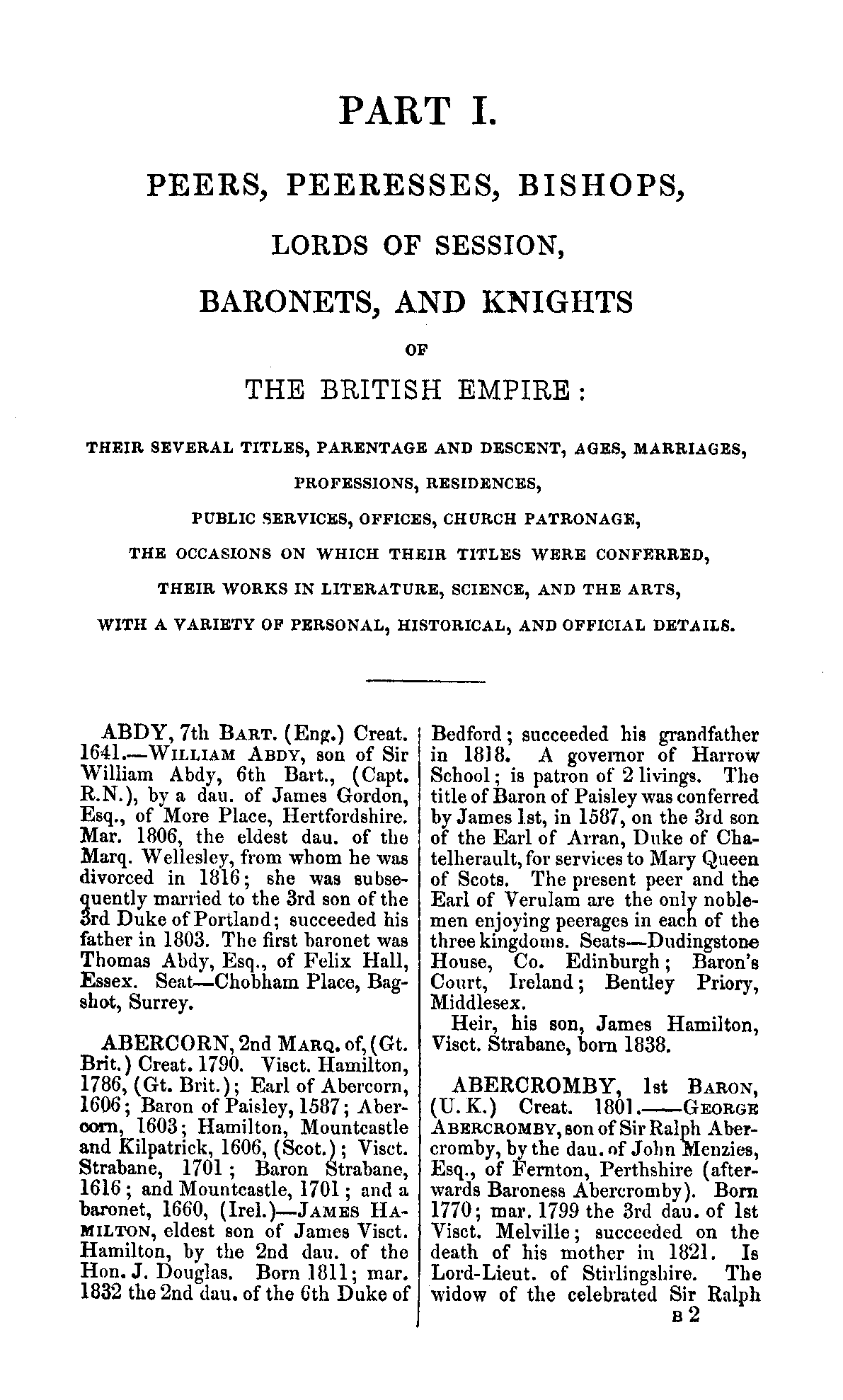 THE OCCASIONS ON WHICH THEIR TITLES WERE CONFERRED, THEIR WORKS IN LITERATURE, SCIENCE, AND THE ARTS,

WITH A VARIETY OF PERSONAL, HISTORICAL, AND OFFICIAL DETAILS.

ABERCROMBY, 1st BARON, (U.K.) Creat. 1801.-GEORGE ABERCROMBY, son of Sir Ralph Abercromby, by the dau. of John Menzies, Esq., of Fernton, Perthshire (afterwards Baroness Abercromby). Born 1770; mar. 1799 the 3rd dau. of 1st Visct. Melville; succeeded on the death of his mother in 1821. Is Lord-Lieut. of Stirlingshire. The widow of the celebrated Sir Ralph