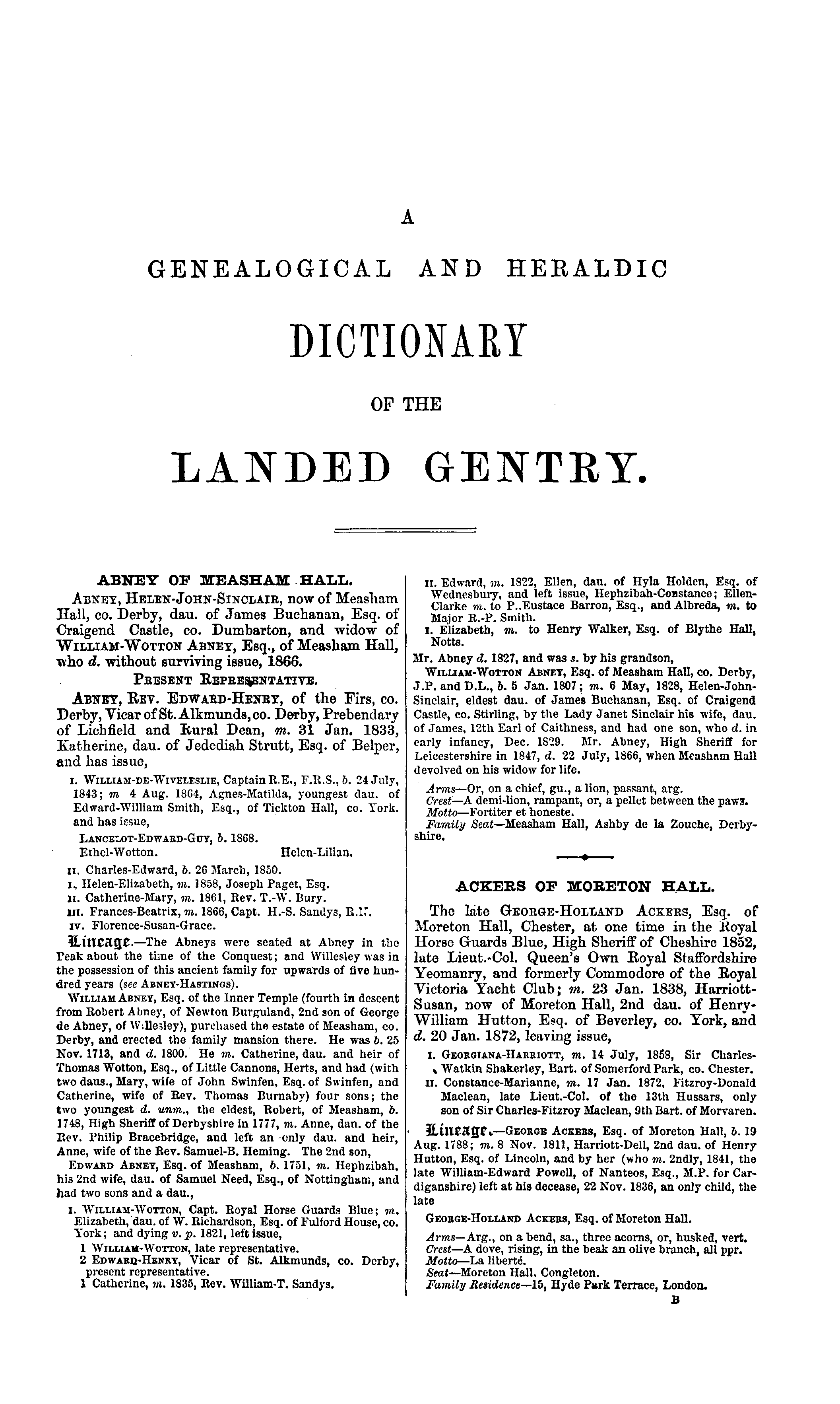 A
GENEALOGICAL AND HERALDIC
DICTIONARY
OF THE
LANDED GENTRY.

Lineage.-The Abneys were seated at Abney in the Peak about the time of the Conquest; and Willesley was in the possession of this ancient family for upwards of five hundred years (see ABNEY-HASTINGS).

WILLIAM ABNEY, Esq. of the Inner Temple (fourth in descent from Robert Abney, of Newton Burguland, 2nd son of George de Abney, of Willesley), purchased the estate of Measham, co. Derby, and erected the family mansion there. He was b. 25 Nov. 1713, and d. 1800. He m. Catherine, dau. and heir of Thomas Wotton, Esq., of Little Cannons, Herts, and had (with two daus., Mary, wife of John Swinfen, Esq. of Swinfen, and Catherine, wife of Rev. Thomas Burnaby) four sons; the two youngest d. unm., the eldest, Robert, of Measham, b. 1748, High Sheriff of Derbyshire in 1777, m. Anne, dau. of the Rev, Philip Bracebridge, and left an only dau. and heir, Anne, wife of the Rev. Samuel-B. Heming. The 2nd son,